“Our integrity sells for so little, but it is all we really have. It is the very last inch of us, but within that inch, we are free.” – Alan Moore (V For Vendetta)

A quick word of advice.  Do with it what you will.

Go back to square one and learn it all over again.  On your own terms and empirically.  Stop drinking the Koolaid the industry is pouring you.  We’ve all done it at some point.  But then again at one point everyone believed the earth was flat too.  Learning is not just regurgitating.  It’s using a critical mind.  Doubt anyone and everyone in marketing.  They’re not out for your interests.  Maybe their initial goals were pure but, like politics, you soon learn the way to the top does not include adhering to morals.

I simply cannot believe the tripe I am reading from ‘industry’ people, many of whom I formerly had some sort of admiration for.  I can’t believe they would intentionally dupe people who are now in the same position they were a few years back.  Others – newer to the scene – are even more dangerous, simply repeating what has been fed to them since day one.  Jim Murray acknowledged this very problem in the introduction to his 2014 Whisky Bible.

A second word of advice.  Also to be used at your discretion.

I get that many whiskies that “suffer from these deficiencies” are in fact good whiskies, but that does not justify their existence.  Many analogies come to mind, but let’s choose a less offensive one.  This is all akin to saying “Well…at least these shoes fit beautifully” while watching a documentary about the sweatshop in which they’re made. 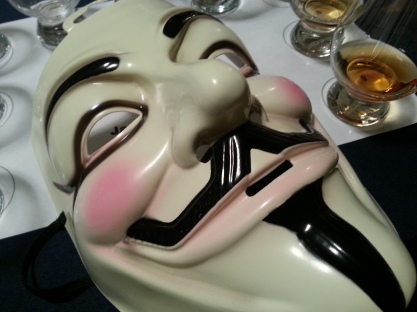