It’s a simple fact that moose have the best sense of smell in the world. Moose are Mother Nature’s gift to the whisky note writers of the world. Unfortunately these aquatic whisky loving herbivores, with their special olfactory abilities, have been coveted by the whisky industry and have become easy targets for shady brand agents or inbred distillery ambassadors who coerce them into drinking whisky samples, turn them into addicts and then sell them as tasting panel slaves to the Distilleries, SMWS and so called professional writers.

We, here at All Things Whisky, care deeply about the majestic moose and have started a nature reserve called the Wee Moose Sanctuary & Hunting Lodge, which is located in the shadow of the Alberta Rockies. It is the world’s largest natural-habitat refuge developed specifically to meet the needs of the abandoned, outmoded and unloved moose. It is a not for profit loss organization, licensed by Alberta Liquor & Wildlife, with support from such organizations as the:

DHARMA – Department of Heuristics and Research on Material Applications

The moose Sanctuary was designed utilizing more than five square meters of high strength chicken wire, it provides a protected, simulated natural-habitat pub environment. As part of the sanctuary rehab program, the patients are required to perform therapeutic wallet stitching for 16 hours each day, followed by a period of measured controlled alcohol ingestion so that they may provide proper humane tasting notes for organizations or persons in need of professional tasting aid. After last week’s tragic hunting accident there are only ten moose residing in the sanctuary. Together, they form one of the most anonymous influential whisky tasting panels in the world called the Keepers of the Meese. 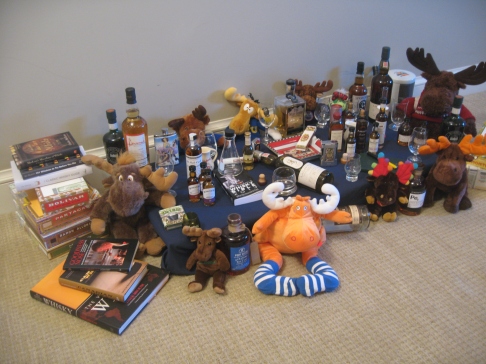 Tasting Panel Spotlight ………………..Spotlight falls on to the moose known as Little Ikea ……………. Darling and star of the 2009 Swedish Ikea catalog, purchased by an affluent Calgary family and discarded by the nanny in 2010, used as a dog chew toy in 2011, tranquilized & captured by Parks Canada in the bathroom of the Glencoe Club lounge. Parks Canada then released Little Ikea back into the wild for the opening of the bow hunting season. Little Ikea was then rescued by the Sanctuary using a modern humane leg hold trap, cushioned in baby seal skin. After deliberating, Little Ikea Lundgren was taken into the care of the Sanctuary for underverse processing, where he remains to this day. 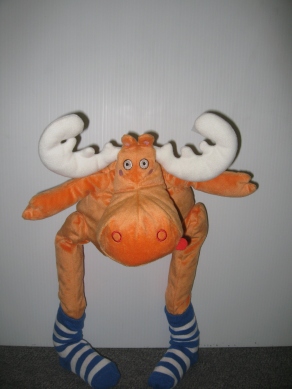 The anonymous Keepers of the Meese are currently working on behalf of a well-known rock band whose members just happen to be master whisky blenders. This merry blend of master musicians was sought out by a major whisky brand for their laboratory research in the ground breaking field of flavored vodka and the exposé they did on the life cycle of beer coasters. This collaboration between the band and distillery was not done in a vain attempt to make the brand look cool to attract younger drinkers, but was actually done to raise money to support one the bands favorite charities “ACPTW”, Abused Cocaine Producers of the Third World. Ironically, the band, in doing so much selfless supporting/snorting of cocaine, has completely lost their sense of smell.

These moose also have a depraved sense of humor, as was witnessed at the expense of an unnamed, unkempt Caligula like, fedora wearing writer when they wrote borderline preposterous scores for Ballantine’s 17 and Glenmorangie Ealanta for his yearly publication. They have also been writing overtime to satisfy the needs of the SMWS outturn; after all, do you really think they could find enough funny, non-serious Scots to write witty, attention-grabbing tasting notes? … Irish maybe!

The Moose Sanctuary has also been retained to consult on a new distillery project in Western Canada by lending the Sanctuaries name and reputation to gain shareholder confidence. The consulting duties for the moose would entail an optional appearance at the opening ceremonies, in the event the project were to open. Photo shop use of the consulting team over other successful distilleries.  Team building session at the Las Vegas Pyramid Luxor Hotel & Casino.

We end this irrelevant awareness article with a plea for the safe return of our lost moose named Road Trip, last seen sitting on a water cooler at KWM. Road Trip also answers to RT but is deaf. He is currently off his medication so be very careful when approaching him. We believe he is presently being held by the Canadian branch of the SMWS to provide tasting notes. Take heed the persons holding him are to be considered radical intellectuals with a limited capacity to tolerate alcohol, so be careful not to engage them sober. We are offering up a reward for the return of RT.