GLENFARCLAS AND A TASTING WITH GEORGE GRANT

Potato / Potahto,  Kidding / Kidnapping,  Tomato / Tomahto…let’s not split hairs.  I believe these words basically mean the same thing.  Which is why on the night of January 26, 2012 we, the gang of four, planned and executed a warm welcoming abduction of Mr. George Grant in order to further our preoccupation of Single Malt Scotch whisky.  Normally we would never consider such a high profile person, but based on a careless double dare by one of the gang of four the decision to move forward was an easy one.  Mr. Grant came to Calgary, Alberta on January 25, 2012 to host the 7th annual Robbie Burns supper for the Kensington Wine Market.  His mistake, or should I say our opportunity, came the following night.  Believing that, since he was not in Edmonton, Alberta, he was safe…obviously he thought wrong.  We seized the opportunity, along with Mr. Grant, and headed out of town for a tasting.

Like any really good tasting, we require good whisky, so we arranged an exchange of sorts to achieve these goals.  The cost of liberation this night would be very high indeed.  The following was a list of whiskies that we liberated and tasted. 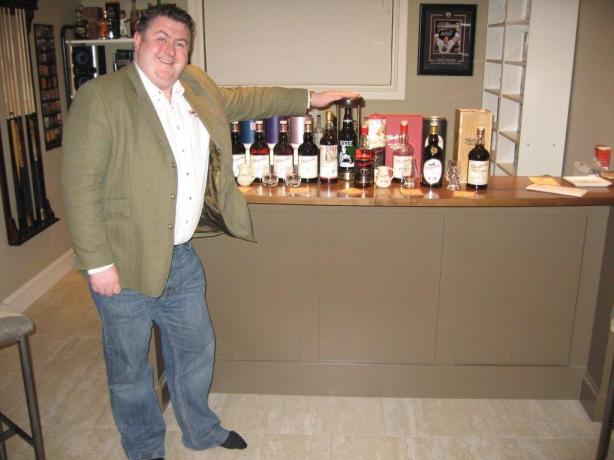 ASSESSMENT:  George stated that this was his favorite of the age range and that the vatting on this malt is 60 %  1st & 2nd fill Sherry casks along with 40% old refill Bourbon casks.

NOSE:  More intense sherry tannins and spice than the 21.  Oranges and light tropical fruit.  A little more smoke than the 21 but still subtle.

ASSESSMENT:  George informed us that no peat was used to dry the barley and the light smoky notes are imparted from just the natural toasting or drying of the barley.

NOSE:  More complex than the 21 & 25 with deeper sherry spice notes, melons and apples.

ASSESSMENT:  This was my favorite of the stated age range.  Seemed so much more complex than the rest.

FINISH:  Lots of layers of favor to enjoy.  Robust and long finish. 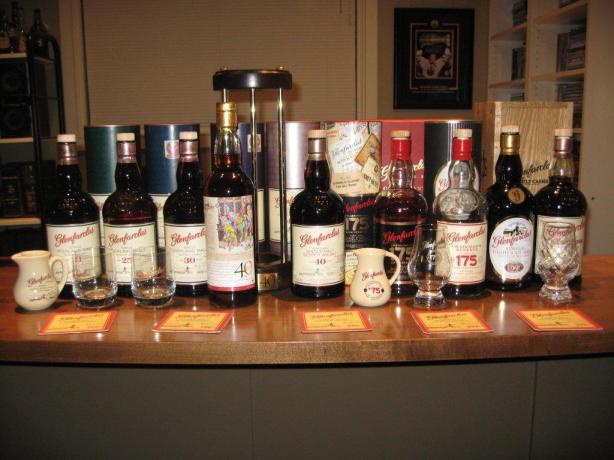 FINISH:  This is a brilliant whisky and is in my top ten of (top ten just means ‘very high’ on the list, as I have said top ten over 43 times now)  whiskies enjoyed.  What a finish…long, flawless and lingering.

ASSESSMENT:  George admitted the perverse enjoyment he received from watching people trying to open this most difficult and unique case.  We were also informed this was a cask that had been sold by Glenfarclas to Signatory and was purchased back.  The number of bottles released was 600, but George informed us that it was only 590 (sounds a little like a cover up from somebody that likes this whisky a lot). 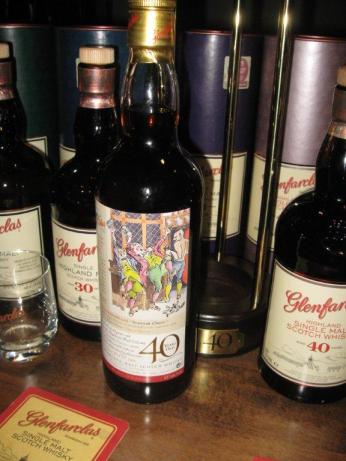 FINISH:  Medium finish.  Bit bitter.  Might have been better at a higher ABV.  Grant said “yes, but that would have meant less bottles and a higher price.”

ASSESSMENT:  Oh my my, oh hell yes…this is really good.  Different good from the Millennium…more intense sherry.  This is another for the top ten (44) whiskies I’ve tasted.  This is a vatting of four casks from the sixties.  George couldn’t remember if the oldest was 1963 or 1964 (Being a distillery owner doesn’t automatically mean you can hold your liquor like the Irish), as this was his 7th drink and his memory was now being tested.

ASSESSMENT:  This was a vatting of three casks:  one 1st fill and one 2nd fill sherry along with an older fill bourbon.

ASSESSMENT:  Why 1967?  Because it’s the 100 year anniversary of the greatest country in the world, Canada (also the birth year of Pamela Anderson, Canada’s largest export to the world). 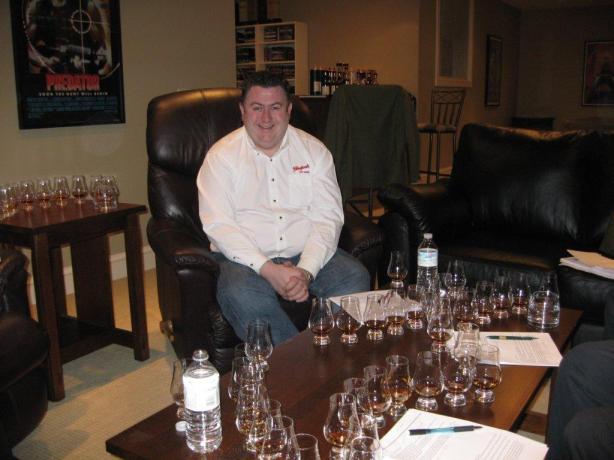 Much thanks to Mr. Grant for allowing us to take him away from his busy schedule (funny nobody seemed to miss him) to share a few private stories along with some great whiskies with us.  Really sorry about how sticky the duct tape was, but I’m sure the hair will grow back.

2 thoughts on “GLENFARCLAS AND A TASTING WITH GEORGE GRANT”